Welcome to my website, where you’ll be able to view and read my scripts.  Thanks for visiting.

Below are listed some of our scripts that are in development. If you can finance, produce, or would like to become a  director or cast member, please let us know. 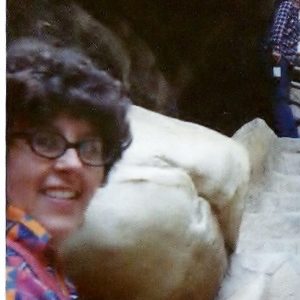 Jerry has been writing screenplays for a number of years, some of which are introduced on this website, and has one novel, For Love and Liberty. She has served as Executive Producer on two shorts.

She was born in Greece, and lived on two Continents and three Countries — Greece, Germany, and the U.S. She is a resident of California, USA, and Thessaloniki, Greece, and holds a dual citizenship, American and Greek .
Her entertainment industry activities span several Continents.

Eleni first became involved in entertainment in 2004 as a business consultant for producers seeking financing for their independent feature film projects. By 2014, Eleni was being asked by screenwriters and book authors to help them find homes for their work and by producers and executive producers to support them in the journey of finding the right funding solution and source.’

Eleni is also directly in touch with a Matching Fund Provider (50% of the budget in 2nd position), plus she is also involved with the acquisition of a Movie Fund and an International TV Network. Eleni’s business network is growing quickly because of her expertise in sourcing entertainment resources, and matching the specific needs of each film project.

A list of  Eleni’s current film portfolio can be sent upon request.

In 1836 Florida, A Seminole war chief leads his tribe against the U.S. Army to save their land from being seized under Andrew Jackson’s Indian Removal Act.  (A true story).